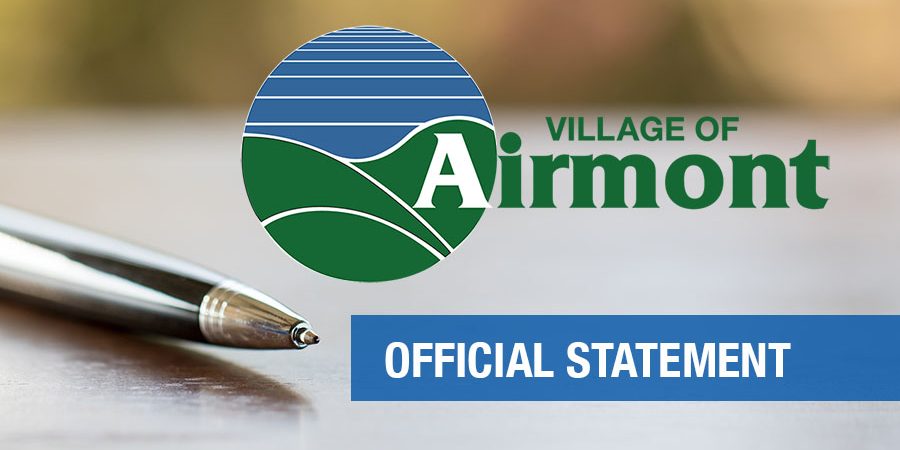 As many of our residents are aware, content on social media is often filled with inaccuracies. Recently, a Facebook page purporting to present information to Village residents posted a video showing two individuals counting ballots during a 2021 election. The caption and content posted with the video claimed to show me, Trustee Weiss, as one of the two individuals counting ballots. However, the video is not a video of me at all. Either someone decided to post this completely false information with malice or they are just incredibly reckless. Either way, it is a disservice to our residents and community when people post blatantly false information and mislead others.

This social media post also claimed that the Village was going to restrict the usual Village election voting hours. This information was also false. In fact, the Village polls will be open on Election Day from 6:00 a.m. to 9:00 p.m. as they have always been and the Board adopted a resolution to that effect on January 9, 2023. While New York Election Law only requires polls to be open from 12 noon to 9:00 p.m., the Village has historically had the polls open from 6:00 a.m. to 9:00 p.m. It was never the intention of anyone on our Village Board to shorten the time for people to vote.

Unfortunately, some people seek only acrimony in our Village and attempt to manufacture issues where there are none. It is unfortunate that such social media posts have now degraded to the point of posting lies and falsehoods. The Village and its officials will continue to update you with accurate information via the Village website so that you can have factual information instead of baseless social media posts intended to mislead you.

Most Recent
Go to Top